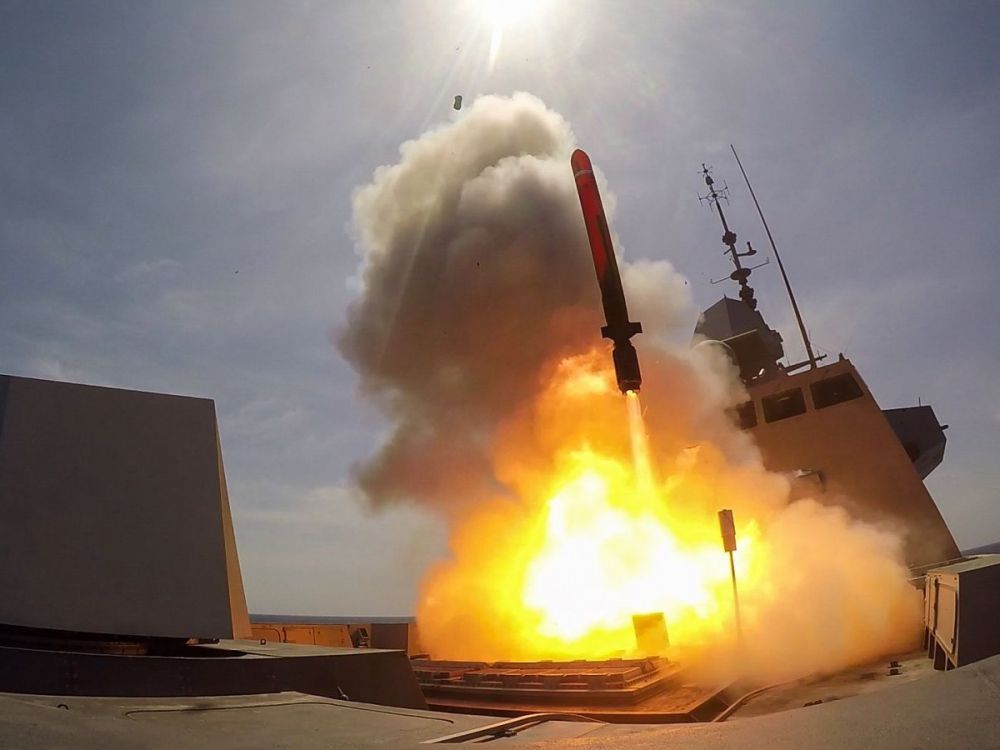 Cruise missile range claims abound, and are often used incorrectly. This post thus attempts at reverse engineering the French MdCN sea-launched cruise missile and its Scalp air-launched counterpart, using the fact they have a lot in common.

First, let us look at the Breguet range equation from the useful equations page:

It tells us that the Range R depends on V the speed of the aircraft, L/D the lift to drag ratio, Isp the specific impulse of its engines (ie the inverse of the specific fuel consumption, how much fuel it burns per second to produce 1 unit of thrust), Wi the mass at take-off and Wf the mass at landing (or at impact at max range in the case of a cruise missile).

There is a lot of unknown stuff, and the engine manufacturer documentation is not too precise on the fuel consumption. However, since the MdCN is basically an evolved version of the Scalp with more range and consequently a smaller warhead, the following assumptions can be made:

and we can simplify V, Isp and L/D which are assumed identical between MdCN and Scalp

Now there is only one thing that we don’t know in this equation, it is M_rest. Using the masses in kg and the range in km, we have

Which we can solve numerically, giving M_rest=630kg

Thus we can fill the table at the beginning

And now we can estimate L/D since we have everything

One explanation could be that the specific fuel consumption given by Safran is the consumption on bench at 0 airspeed, and the consumption increases quite a lot for operational airspeeds. For instance, the engine of the Tomahawk went from around to around 5600s of Isp at 0 airspeed at sea level to only 3600s of Isp at 0.7 Mach at sea level. That’s a factor of 1.55. Applying the same factor to the Safran engines would give Isp of 2250s for the TR60-30 and 1900s for the TR-50. That would be quite a poor performance, but reinjecting that into the L/D computation gives 4.2 for the MdCN and 3.4 for the Scalp, which look more realistic to me. For comparison, a commercial airliner in a similar tube and body configuration as those cruise missiles has a L/D of around 15. That’s with a different set of wings, though. The wings of the missiles have to be foldable so their shape might not be optimal aerodynamically.

Interestingly, the Isp of the Tomahawk engine does not depend too much on altitude, with only 5% of variation between 0 and 15 000 ft, probably because it is designed to operate at 0 altitude with very little bypass anyway.

Getting the mass budget of the missiles allows for a bit of lego missile engineering. For instance, what happens if we take the MdCN, and replace most of the warhead by fuel? This is what is done in the nuclear version of conventional cruise missiles, since the nuclear package tens to be much lighter than the conventional one. With 200kg of payload replaced by fuel, the MdCN reaches a dry weight of 680kg, so a ln(M_init/M_final) of 0.72. That gives a range of 1600km (actually a 60% increase independent on the exact values of L/D, Isp and V, so that’s a quite robust result).