On March 1st, 2018, Russian President Vladimir Putin held an address to the nation and unveiled a variety of new weapons. While some were not especially surprising, such as heavy ballistic missiles or maneuverable nuclear warheads, one of them stood out as closer to 1950s sci-fi novels than to the current state of technology. Indeed, Putin announced that a nuclear-powered cruise missile with virtually unlimited range had been tested. He also confirmed the existence of a nuclear-powered torpedo program, previous revealed by Russian state TV, and of a nuclear-powered drone program. 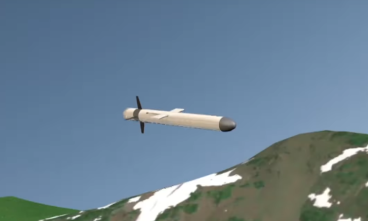 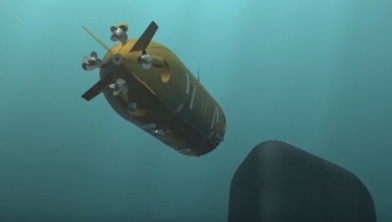 While the nuclear-powered missile, since then christened Burevestnik (announcer of the storm), sounds far beyond the reach of current nuclear technology, Putin had no reason to lie: US intelligence is probably able to know if it is real or not, so a fake announcement just for propaganda value could backfire spectacularly. In fact, shortly after the speech, US officials confirmed they were monitoring the weapon’s development. However, contrary to what the Russian president said, the flight tests were reportedly failures.

The rationale behind such a weapon was clearly explained in a video shown by Putin: contrary to standard ballistic missiles, which have a predictable trajectory and fly at a high altitude, a cruise missile can fly very low and maneuver at will. This makes it really difficult to detect, especially where the terrain is not flat. Even over the ocean, the detection range can be reduced to a handful of nautical miles due to the curvature of the Earth. Consequently, it makes intercontinental-range cruise missiles extremely hard to defend against.

The best way to detect such a missile is to use airbone radars, which see further out thanks to their high altitude. However, maintaining a 24/7 airborne radar capability is very expensive, and efforts to reduce this cost by using large balloons have failed. So the military rationale behind the missile is clear. The precise engine technology it uses, however, is not.

Back to the future

This is not the first time a nuclear-powered cruise missile, or even a nuclear aircraft, has been proposed. In the 1950s, the US started developing the Supersonic Low Altitude Missile, or SLAM. It was a doomsday weapon, consisting of a missile capable of flying Mach 3 while close to the ground and of delivering a dozen of nuclear bombs to targets in the USSR. It also had a nearly-unlimited range, and its open-core reactor spewed radioactive exhaust. Thankfully it was cancelled before it was flight-tested.

The SLAM’s engine was developed under project PLUTO, and was a solid-core design generating 600 megawatts of thermal power, with air flowing through the radioactive fuel. It was tested in the desert before the project was cancelled.

SLAM was not the only nuclear jet propulsion project. Both the USA and the USSR tried to develop piloted atomic aircraft, before they realized ballistic missiles were a cheaper, cleaner and harder to intercept way to get a global nuclear strike capability. The most promising American design used a molten salt reactor, in which the nuclear fuel is dissolved in a liquid. It also had an open-cycle design in which the air passed through the nuclear fuel, raising nuclear pollution issues. Another issue that doomed the project was that being piloted, the plane had to carry a very heavy shield to protect the crew from radiations.

The molten salt reactor that was tested at the time works as follows: The fuel loop on the middle-right contains the nuclear material. When it gets to the core, it goes through closely spaced loops. Consequently, there is a lot of fissile material close together. This plus the fact the the core’s material slows down neutrons (it “moderates” them) is enough to start and maintain a chain reaction that generates heat. The heat is carried by conduction and pumping to the heat exchanger on the right.

Eventually, the weight, complexity and pollution issues also lead to the cancellation of all atomic-powered aircraft projects in the 1960s. So then, without any access to documentation on the new Burevestnik cruise missile, where can we find a up-to-date reactor design that is lightweight and generates enough power for a cruise missile?

First, a bit of napkin physics to get a rough idea of how much power a cruise missile needs. Let’s take the French Scalp cruise missile as a baseline. It uses the Safran TR60-30 jet engine. This engine, at maximum power, consumes less than 577kg of jet fuel per hour. Using the energy density of kerosene, this gives a power output of 6.9 megawatts. That’s the quantity of heat that is released by burning the fuel, and a nuclear jet engine would have to produce the same quantity of heat to maintain the same missile in flight (assuming heat transfer from the reactor is perfectly efficient).

So we are looking for a lightweight, compact reactor of at least 7MW thermal power. It does not require a long lifetime, at most a few days will be enough. A as point of reference, 7MW over two days is 1.2TJ of energy, or 0.25 kilotons, compared to 15 kilotons for the Hiroshima nuclear bomb.

Contrary to what it may seem, small nuclear reactors did not die with the dreams of atomic aircrafts. There is still an field of engineering that requires small, extremely lightweight and reliable nuclear reactors: it’s the space industry.

Before solar panels were advanced enough, the USSR needed to power the US-A radar satellites, to detect American aircraft carriers. The most powerful reactor version was the Topaz-II, which produced 135 kilowatts of thermal power for a mass of 1061kg (with the power converters and shielding), using solid fuel. It’s not enough power for the missile, but it provides a good baseline of Russian capability.  It also has a much longer lifetime than required, so different compromises could be made to get more power with a shorter life. Since I am not a nuclear engineer and did not find documentation on the lifetime vs power tradeoffs, let’s continue looking for a documented 7MW thermal power lightweight design.

One interesting design is the Space Molten Salt Reactor. It’s a relatively recent development from the Ohio State University, but with a heritage that can be traced back the the Aircraft Reactor Experiment. It’s a very simple design: the liquid fuel, made of mix of weapon-grade uranium dissolved in lithium and beryllium, is dumped into a cylindrical container. The container is also surrounded by beryllium, which slows down and reflects neutrons. The reactor operates at low pressure.

The properties of the reactor are very interesting: it fits in a 54cm diameter x 76cm length volume, it has a total unshielded mass of 307kg, and a power range from 400kWth to 28MWth (the paper seemingly assumes a conversion efficiency from thermal to electric of 25%). The reactor is kept under control thanks to the thermal expansion of its fuel,  which ensures its safety. The fuel also has a temperature of 1350K, and is liquid so it can be pumped to a heat exchanger placed in a jet engine. That way, the air does not goes through the core where the chain reaction occurs. It’s not really an indirect cycle, but it should be cleaner than the SLAM design. So overall, it seems a good fit for a small nuclear jet engine.

The nuclear underwater drone and the Kanyon torpedo might share a common reactor design with the cruise missile. For the torpedo, the mechanical power requirement can be estimated using the formula for the drag force Fd:

and the power dissipated by this force is Fd.u

The main difference with the cruise missile will be that mass and volume are less of an issue, but the lifetime probably has to be a little higher. Also, the water around the reactor might generate some additional thermal neutrons and give it a different behaviour than if it were surrounded by air.

The Russians are probably not bluffing and have developed a low mass, low volume, high power nuclear reactor. Also, because of its use in weapons, its startup time is probably quite short. Molten salt reactors with weapons-grade nuclear fuel seem to be one way to do that.

2 thoughts on “Nuclear jet engines: too good to be true?”